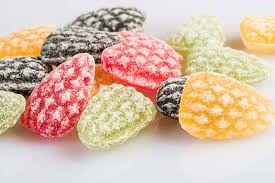 Vosges Sweets
Handmade manufacturing of Vosges sweets.
Candies are made as in the past: sugar cooked over an open fire, flavoured with natural flavours or essential oils, with natural colours or without colours.
Several flavours: Vosges fir buds, eucalyptus, poppy, bergamot orange, violet, mirabelle plum, mint, liquorice-anise, raspberry, blackberry, lemon, orange, mandarin...
Free visit and tasting.
But the first product which made our success is the famous exceptional Vosges fir tree buds sweet! 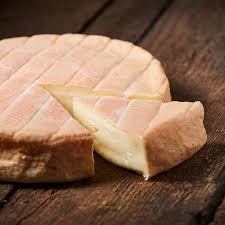 Munster or Munster-Géromé cheese
This famous washed-rind soft cheese from eastern France is of monastic origin. Its name is a distortion of the word "monastery". Created by Benedictine monks who settled in the Fecht valley in Lorraine, where it is also called "Géromé", the cheese is named after the city, Géromé, where it was marketed. It is also produced and matured in Alsace.
Munster is considered a strong cheese, which is true for its smell, but less so for its taste.
It has had a controlled designation of origin since 1969 and a protected designation of origin since 1996.
It can be flavoured with cumin seeds and has two formats: regular or small.
It has a thin moist orange-pink rind, with a cream-coloured dough that can be firm and crumbly when the cheese is young or soft and creamy when it is more mature.
The smell of Munster can be powerful and distinctive after a long maturing period. With a slightly salty taste, it is a supple and melting cheese with a fairly pronounced taste.
Be warned!

Crème d’Albert
Melter Munster cheese flavoured with Gewurztraminer.
Spread it on toast or warm it slightly (in another container) to sauce roasted potatoes...
Absolutely delicious and original! 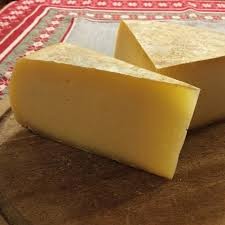 Bargkass
Also called “Barikaas”.
Bargkass is an uncooked pressed cheese made from cow's milk originating from the Vosges. Depending on the milk production season, Bargkass will be more or less fruity and smooth. With summer milk, blueberry aromas will emerge, since Vosges cows have grazed the pastures from which this fruit comes.
It is made in Alsatian and Vosges mountain villages.
In Alsatian, “barg” means “mountain”, and “kass” means “cheese”. This cheese is often associated with Munster cheese because they are both made on the same farms in the Vosges. During the maturing process, which lasts at least two months, the cheese is brushed and turned every week. 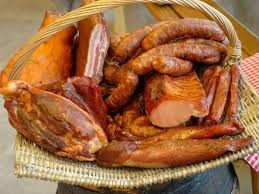 Fumé vosgien
A specialty of the Vosges mountains, Vosges smoked meat is piece of pork meat, such as a filet mignon or a ham for example, salted with coarse salt and spices before being smoked with fir or beech wood. A technique that, at the time, made it possible to preserve meat longer. Both tender and soft, this tasty meat can be enjoyed as an appetizer, in salads, and can accompany raclette or sauerkraut, or replace ham and bacon in an omelette or a quiche. 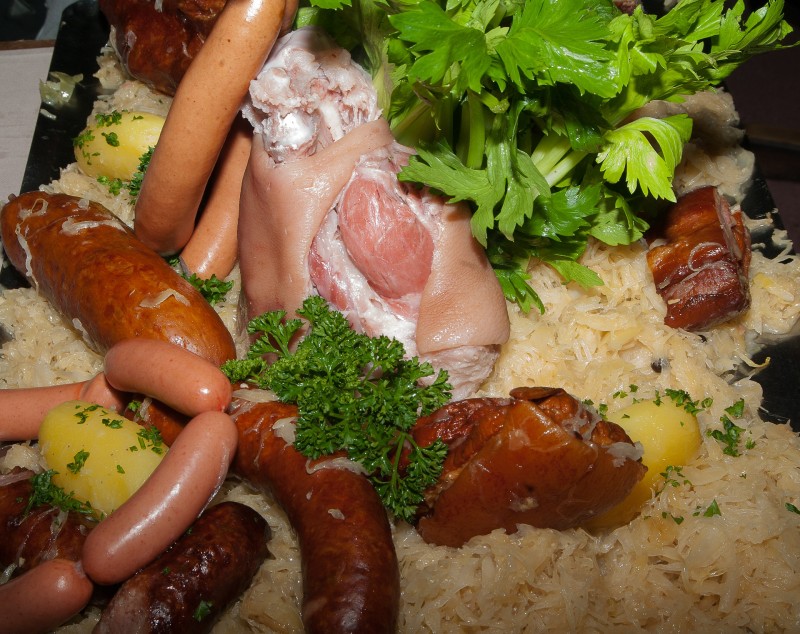 Choucroute (Sauerkraut)
Alsatian sauerkraut is a traditional Alsatian and French dish made with naturally fermented selected cabbage varieties.
It can be served with meat or fish, Alsatian beer or white wine from the Alsatian vineyards. It is called “choucroute garnie” when it is cooked and accompanied by meat, sausages and potatoes, or “choucroute garnie de la mer” when it is accompanied by Alsatian fish or seafood.
In the 17th century, sauerkraut also appeared under the name "Kompostkrut" (composted cabbage). Literally “sour cabbage” in Alsatian (Sauerkraut in German), the vegetable becomes “chou et croute” (“cabbage and crust”) and then “choucroute” in French.
Travel plan